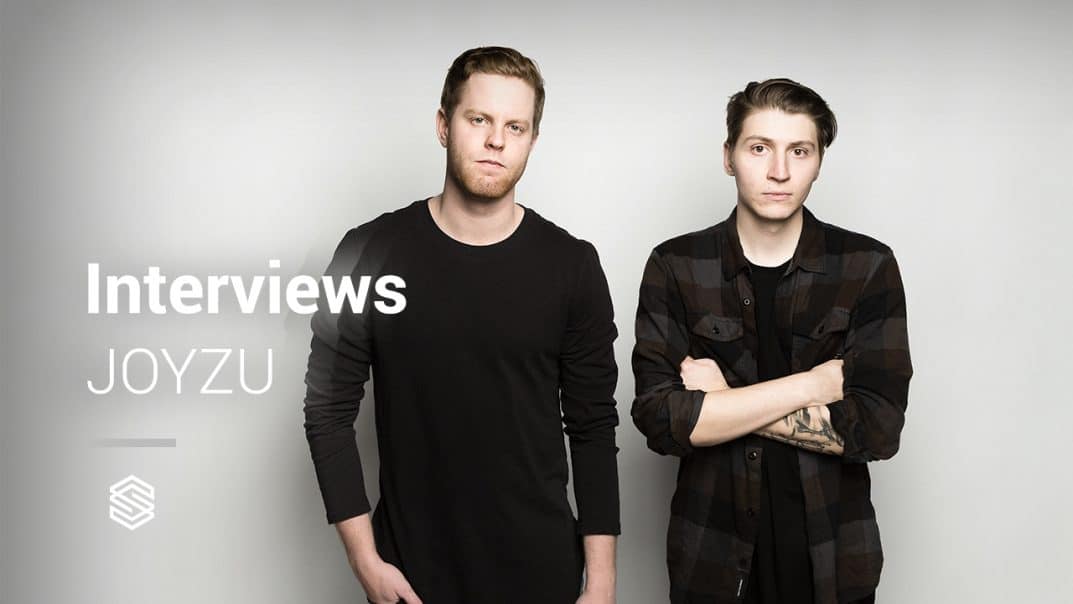 What drew you into making music? Were there any specific musicians or non musicians that influenced you in the beginning?

We both have always had a huge love for music but got really into producing after we went to a Zeds Dead concert back in like 2012. We wanted to learn more about how they made those crazy sounds and everything. As we kept growing and learning we sort of picked up our own style and everything. Now, we are influenced by so many musicians in and out of  the EDM scene.

Producers struggle to get a full and clean sounding mix. The song might be great, but there seems to be a lack of power, energy, and clarity. What are a couple of ways you get the elements of your track to really stand out?

For us, it is all about mixing around the sound you want to stand out. For example, if you have a lead in your drop and it isnt loud/clear enough, you shouldn't just turn the volume up. Instead, try turning the volume of everything else down or seeing if any other sound is taking up the same frequencies. Then once you do that, adjust the mix to the rest of the song so the drop still remains the most prominent part in the song.

Your choruses/drops are very full sounding a leave an impact on the listener. Do you have any specific tips for creating these large drops? (Tips on sound selection, mixing in certain elements to make them sound larger than life? Certain automation tips?)

From my experience, when a drop doesn't sound full or large, it is because there aren't enough layers. In some of our drops we are using upwards of 10 different synth layers just to create "one sound". That is the key to getting really full mixes and masters. Mostly everything you hear in our music isn't coming from just one synth. Everything is layered and then glued together with EQ's and more to create a sound that takes up the entire frequency spectrum.

Inspiration can easily come and go when you are working on music. What do you do to get into the creative zone and get inspired to work on music?

Lately it seems that listening to different and new music gets us really inspired or creative. Sometimes you hear a song and something stands out and will give you an idea for a total new song. It is pretty hard to just sit down and make yourself work on music, that is how you burn yourself out. If you aren't feeling inspired don't force it.

What are your go-to effects and processing chains at the moment and how do you use them in your tracks?

Saturation is a key element in basically everything we do. As far as processing chains go, there is a standard "route" to use: EQ > Compression > Reverb/FX. You always want to shape your sound before you start adding effects to it. Obviously that is a very basic chain but, it will give you the grounds to start getting cleaner sounds.

When starting a new track, at what part of the arrangement do you start at? Also, how much of each section in the arrangement do you complete before you move onto the next section? (Until you get the main theme across, until you are inspired enough? Do you bounce from section to section just building small parts of it?)

It kind of varies, but for the most part, each section starts in a rough idea/production stage until the bulk of the song is put together. After that, we bounce back between sections and solidify everything until we feel like its good. Once the structure is solidified, we go through and add in all the details/effects in the song!

Stop copy and pasting the chord/song progression. For us, if the song just repeats itself after the first drop is over, why would anyone care to listen to the rest of the song?JOYZU

Electronic producers have a hard time with music theory.  Either they don’t know what to learn or how exactly to apply the theory.  If you use theory when writing your tracks, what specific parts do you use and what would you topics do you feel producers should know?

Honestly, only basic music theory knowledge is required to produce EDM. Simple things like knowing what chords mesh well with others and what notes are in/out of key. Another thing that helps is being able to write chord progressions that can resolve in the drop. Other than the basics it doesn't matter that much. You can be a music theory master yet suck at producing so, focus on producing music and your song writing skills will come naturally.

Your tracks are full of beautiful progressions and track defining leads. Are there any specific techniques that you use to get the emotion that you want out of these two musical parts?

We like mixing organic and electronic sounds together because it creates that emotional contrast. Also, if you have vocals in your song, add some detail sounds that compliment the lryics/vocals well.

Writing music without lyrics or vocals is really challenging to us which is probably why we have no music released without vocals on it. We try to work with vocalists as early as possible to avoid that. It seems like once vocals are recorded and put on the song it all comes together way easier.

The last 10% of your track can be the toughest to finish. Are there any specific things you do to your track to get that last 10% finished? (Any specific mixing techniques, premastering, arrangement, etc.)

For us, the first 10% of the song is the hardest. It is hard to get an idea that works and then build an entire song from a few ideas. Once the song gets moving everything flows pretty naturally for us. If you get stuck in that last 10% though, try taking a break from the song for a week and then revisit it.

For many producers finding an avenue to make money from their passion is a struggle. What are some ways that you were able to make money with your music in order to keep your career going?

Making money in the music industry is extremely exponential. We worked full time job to support music for a long time until we had enough resources to do this full time. The best thing you can do is focus on shows because thats where all your money will come from.