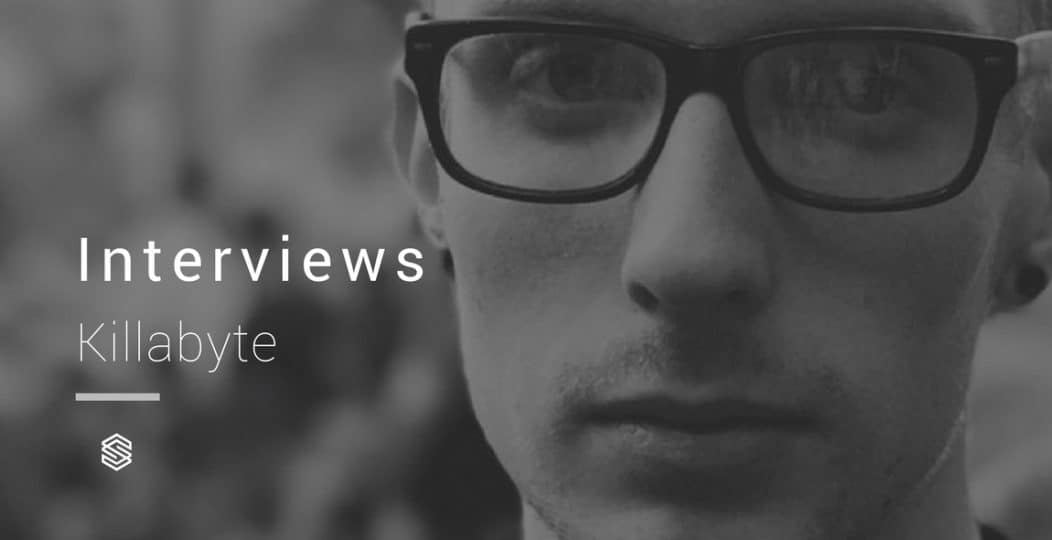 Emotional progressions, soaring leads, and heart pumping drums are all part of this producers future sound. Releasing on the gigantic label, No copyright sounds, Netherlands Heroic, and checking off a remix for Hook n' Sling and Galantis, this small town artist has bright career ahead of him. After listening to Killabytes's music, we were dying to ask him about what exactly goes into making one of these emotive dance floor killers.

SoundShock: Before we get into any technical questions, who is the person behind Killabyte?

Kyle Girard is the man behind the machine! I'm 19 years old and live in a town called Murphys, California. Population: about 2200. Surrounded by nothing but forest and cow fields. Sitting in my room making music ended up being the best way to past the time. I'm pretty introverted as well, which I think contributed a lot to my obsession with creating music.;

What made you want to start making music and get into production? How have things changed since then?

I've been into music since I was about 7 or 8. I started off playing drums and then moved on to other instruments like guitar, trumpet, and then eventually electronic music. I first discovered electronic music in 2010, when my older brother showed me Datsik and Bassnectar. I was immediately hooked, and had to figure out how they were making these incredible sounds. When I first got into it, I was only trying to create things that I thought sounded cool. Fast forward a few years and it has become the most important emotional outlet I could possibly have and it is something that I try to channel all my emotion into whether they turn out good or bad.

I was never classically trained in music theory, the only theory I have is from when I played trumpet in my middle school band. I became pretty good at reading music, but never learned the nitty gritty theory that could potentially aid my ability to create melodies. I learned how to write music by absorbing the material around me. Things like other melodically-driven songs, music tutorials on youtube, and anything similar helped me quite a bit. I know what kind of chords make me feel a certain way, so I'll use them whenever I want to drive the listener towards a certain feeling. There's not really a technique behind my writing, everything I write is simply based off of my own emotions.

Sidechain everything to your drums. Even if you do it in a way that you don't notice the actual sidechaining occuring. It helps heaps in adding clarity to one of the most important aspects of electronic music.

A big sticking point for producers is not being able to finish tracks. Do you have any specific techniques that help you get past this?

I think a lot of being stuck on a track is simply the mindset you have going into it. If you go in with a negative mindset saying "I'm stuck, I'll never get past this," then that's exactly what will happen. Sometimes, you just need to do something you wouldn't normally do or something more obscure. Bob Ross would always put a giant tree in the middle of his painting and everyone would think the whole thing is ruined because of it. But after a little bit more work, he manages to turn it into something beautiful. Sometimes you just have to paint that tree.

Where do you find inspiration for writing your music? Also, if you are working in the studio and get stuck, how do you get past that point?

A lot of the inspiration for my music comes from the way I'm feeling. Any strong emotion felt gets channeled into my music. Sometimes I get really sad and just want to sit in my room and write. Other times I'll feel amazing and everything I lay down in a project will sound great. As far as getting stuck, I stick to the advice I gave above. I'll step away from the project for a bit, brew a cup of coffee, sit back down, and just start playing around with ideas. It only takes one small idea to latch on to and take you past another major portion of the project.

Another big problem when producing for many artists is getting a full and clean mix. The song might be great, but there seems to be a lack of power, energy, and clarity. What are a couple of ways you get your tracks to really feel impactful?

There's so many different aspects to achieving a great mix, but there's some really important general rules to follow when producing to help you get one. First off, as mentioned above, sidechaining everything to your kick and snare is a really great way to make your drums extra crisp and crunchy. It especially helps in the low end, where a deep kick and sub bass could potentially clash. Another really important tip is to make sure you're cutting the low end out of elements that don't need it, which is majority of the channels in your track. Also, low-mid frequencies can give you some problems when trying to get a certain element to fit in the mix correctly, so paying careful attention to this range is important. Lastly, percussion is a huge part of what drives a track forward. If you want something to drive forward, make sure to have a lot of 8th and 16th note percussive elements. If you want a more half-time feel, use 1/4 note, 8th note, and off beat percussion.

I have a template set up in blank project where I route everythin to sub busses, which then get routed to a sidechain compressor. This makes my mixing job a lot easier and helps with workflow. Another thing I do is put reverb on pretty much everything. ValhallaRoom and Valhalla VintageVerb are my go to reverb units. They are great for dialing in a reverb patch and getting every element to sit inside a room.

"I think a lot of being stuck on a track is simply the mindset you have going into it. If you go in with a negative mindset saying "I'm stuck, I'll never get past this," then that's exactly what will happen. Sometimes, you just need to do something you wouldn't normally do." Killabyte

I would say the hardest part is creating something that's fresh and unique. A lot of the times I feel like I'm straight up copying other artists, when in reality my project sounds nothing like what I suspect it does. If I have a certain song that I'm drawing inspiration from and it starts sounding a bit too much like that track, I'll simply find another track to reference and take inspiration from that. Doing that a few times will give you a sort of "Frankenstein" like track, meaning it will consist of many different ideas that will form one completely new one.

What’s next for Killabyte. Any big tracks coming out soon. An EP? Album?

I have a few remixes finished up that I'll be releasing soon, as well as collaborations with some of my favorite artists! No EP or album planned as of right now, but that's definitely a goal to set for the not so distant future.