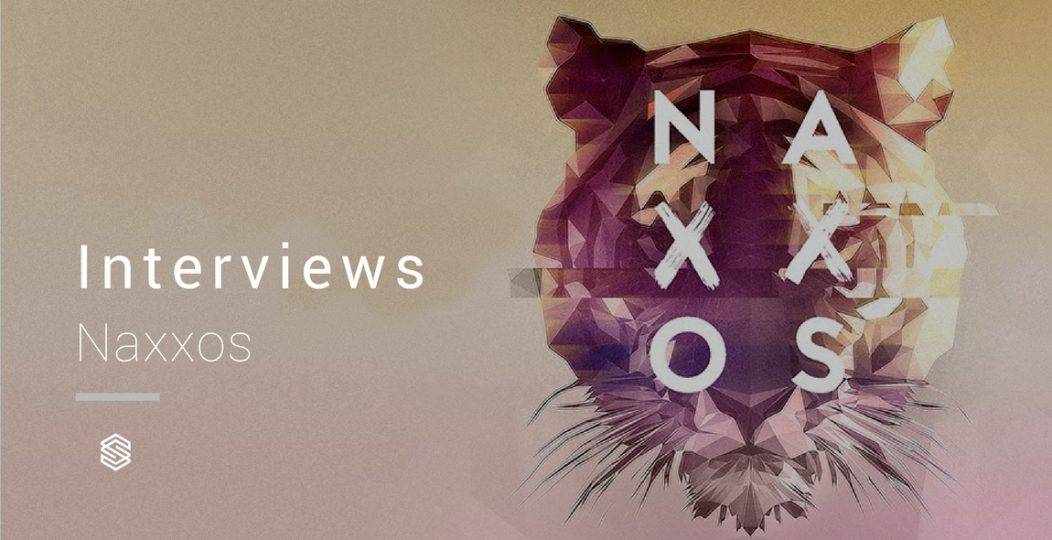 Well, let’s start from the beginning before we get into an technical questions. Who are Naxxos and how did the musical journey begin for you guys?

We are two guys from Vienna and Graz, Austria who have been producing music together since about 2010. We met at a music festival in our hometown and decided to start producing drum and bass together. After launching Naxxos, it all kicked off.

Producers struggle to get a full and clean sounding mix. The song might be great, but there seems to be a lack of power, energy, and clarity. What are a couple of ways you get the elements of your track to really feel stand out?

First of all, you need to make sure that all your instruments and samples are as clean as they can get. That's the point when you can start putting effects and all sort of plugins on the channel.

To get the drums really crisp and powerful we either use compression or transient designers. Transient designers can really help you shape your snare drums which can also be useful for layering for instance.

If you are trying to get those vocals to the front, use the right amount of compression and try to find the best parameters for attack, release and ratio! Then EQ out some of the bad resonating frequencies and finally crisp it up by using effects such as saturators and exciters. Its as simple as that!

For synths, its actually all about messing around. For brightening and widening we love to use iZotope's Ozone!

For many it is easy to lose momentum and over listen to tracks when producing, resulting in unfinished tracks that never see the light of day. How do you guys keep the momentum, creativity, focus, and excitement of producing going throughout the process and finish ideas that you start?

Thats a tough one... We actually have so so many unfinished tracks that might never be released. Let's say you're trying to make a song that is not only catchy and modern, but also good musically and sound wise. You might have to invest ten hours a day in producing. That way you can end up with several good ideas, but just use the best one that was created during that time.

If you don't have any good ideas or you're creativity seems blocked, use that time to sort your sample and instrument library, go through unused projects, or save the best sounds you can find. At some point you will have a lot of new material to work with.

Electronic producers have a hard time with music theory. Either they don’t know what to learn or how exactly to apply the theory. If you use theory when writing your tracks, what specific parts do you use and what would you topics do you feel producers should know?

Well, you don't necessarily have to know a lot about music theory as long as you understand the fundamentals. If you are able to write a song with a full structure, proper arrangement, using chords and melodies that work with each other, then you know enough music theory even though you don't "speak the language". Though it is a GREAT bonus to be able to connect music theory to music production. The more you know about it, the further you can get.

Its pretty hard to say what parts of music theory we use in our music. But knowing what chords need to be treated in a certain way is definitely something we got from music theory. Just think of the theory of harmony and tensions. You will always be able to make a song in 1-4-5-1 for instance.

When arranging you song it can be difficult to keep listeners interested from start to finish. What are some ways you can keep the listener engaged in the arrangement and have it flow smoothly throughout the entire track?

If you want the track to be efficient, just cut to the chase. Don't make an intro that takes ages. Let the vocals be introduced in the first 15 seconds, lead to the build up and have a chorus before minute 1. Still, everything boils down to your personal preferences. It's possible to make a really suspenseful track from a single motive, but in the same time you can make a bad track too. It really depends on what kind of story you want to tell.

Electronic music kinda limits the framework though. We've tried various unconventional structures over the years, but the "get to point" will always be a intro-verse-prechorus-chorus-breakdown-prechorus-chorus-outro structure. I guess that's a way to build and resolve tension everyone who's listening to electronic is accustomed to. The rest roots down to personal preference and taste.

"If you don't have any good ideas or you're creativity seems blocked, use that time to sort your sample and instrument library, go through unused projects and save the best sounds you can find." Naxxos

Many of your tracks contain little melodies that pop in and out. How do you go about choosing the notes for these melodies and how do you mix them in so they sound coherent and blend with all the other main elements in your track?

Wow, we've never been confronted with that question and we've never asked it ourselves. I guess it comes down to a lot of messing around, check where we got some "free space", essentially a trial and error approach.

Well that's a question that's not easily answered. Sound and mixing wise, we always try to stay ahead of the curve and try new stuff. What's really consistent is the fact that we never produce together. We kinda ping pong different versions of various tracks between each other. This gives you the opportunity to really focus on a track when it's your turn and take your mind off it when it's not.

Producers seem to struggle a lot with the stereo imaging of their tracks. Often times, their track will be too wide, not be wide enough, or have elements all over the place which make it hard for the listener to understand. How do you decide which elements go where and make sure your elements are giving enough interest to the listener without being distracting?

Well panning is an essential thing you'll have wrap your head eventually. It's not just about wideness. It's basically about the whole picture. Think of it as a box you want to put stuff in. If everything has its place, it will look nice and you'll find your stuff easily. If it's a total mess... I guess you get the idea.

"It's basically about the whole picture. Think of it as a box you want to put stuff in. If everything has its place it will look nice and you'll find your stuff easily. If it's a total mess.. I guess you get the idea." Naxxos

The mastering in your tracks is very clean, upfront, and powerful. Are there any tips for getting this type of modern dance music mastered sound, assuming that your mix down is already well balanced.

Our new tracks we're mastered. Our old one's weren't. I guess if you're good at mixing, but reached an impasse when it comes to mastering don't be afraid to rely on an extra set of ears and if you don't like what comes out of it taste wise, you can still give feedback on it.

I like smooth sounding vocals mixing wise. So I try to control dynamics and frequencies as much as possible without losing the emotional part of the performance. Lately I’ve started mixing vocals separately from the main project. As I would get 60-150 tracks for vocals only. So it gets messy if everything is in one project.

Your tracks also have great sounding vocal chops. How do you go about arranging and processing them?

Probably the same way we go about anything. Make sure it's as clean as possible from the start and try not to overdo it with effects.

Your guys drums fit so well with the style of music that you create. The inject just the right amount of energy into the song. How do you go about arranging the drums and choosing the right samples?

Always save your favorite drum samples in an extra (structured) folder. Every time you make or find something you really like, put it in that folder. If you are starting a session, use the ones that fit each other the best and then just start making a beat. If you feel the snare doesn't fit, change it. Thats actually all there is to it for us.

We've always been soundcloud boys. It doesn't work as easily now with the groups gone, but it's still a nice platform to share your music. Just try to promote yourself as much as possible, but don't be a dick about it. E.g.: if you're asking someone for their opinion on your track and they write you back keep the conversation going and listen to their stuff. Being active on social media can be rewarding in every way. Just make sure it's not on a unilateral basis.

What’s next for Naxxos? Any big plans? Shows, EP, Album?

Finishing originals, starting remixes, and preparing for further releases. Not too many shows, but that's alright! We've just hit the reset button on our project.