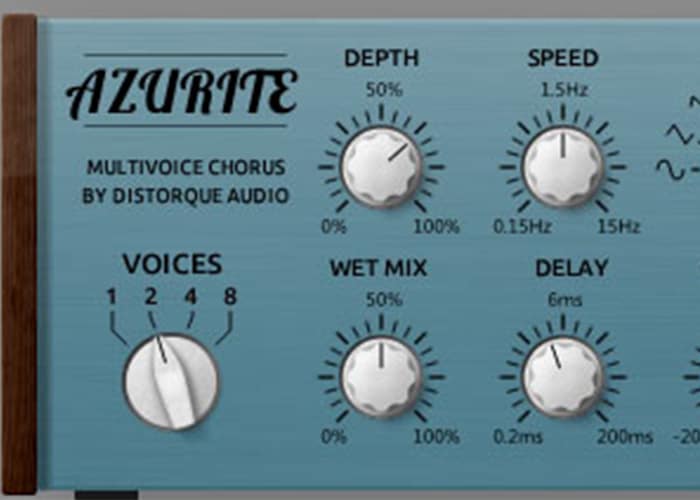 Azurite is a multi-voice chorus with a focus on rich sounds and versatile controls. The design goal was to make as flexible a chorus as possible without losing great tones and ease of use. The result is an effect that will be handy for producers, guitarists, and glitch lovers alike.

Unlike most choruses, Azurite allows for multiple simultaneous voices. Each of these voices has its own delay line that is modulated by a separate LFO. Adding multiple voices leads to a thicker, smoother, and less wobbly tone. It also makes vivid stereo spreading possible with a mono signal. The Voices control chooses how many voices the chorus uses: one, two, four, or eight.

INSTALLATION INSTRUCTIONS
1. To install software, first double click the ZIP folder you downloaded from soundshockaudio.com. Choose which type of plug-in you wish to run You will then see this window: 2. Next follow the file directory - Computer / System (C:) / Program Files / Steinberg - and drag the .dll file into the Steinberg folder. 3. You can now open your DAW of choice and use this great free plug-in!