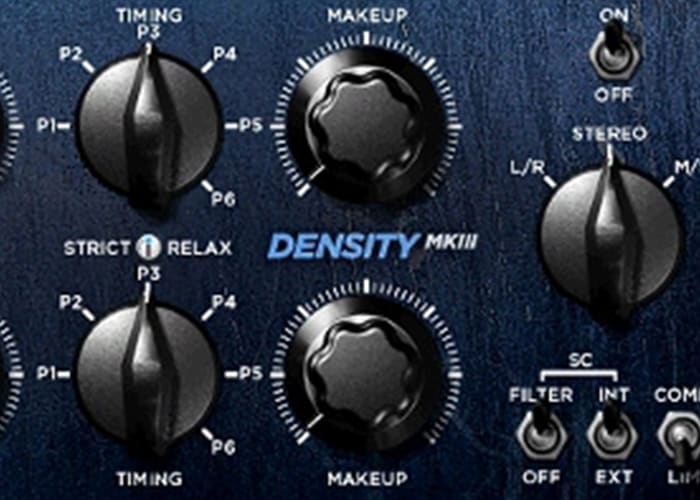 The mkIII version of this compressor introduces quite a lot and deep optimizations of the compressor engine especially but not limited for its use in audio mastering situations. The transient response is spot on now over the entire spectrum and it creates sonic depth and dimension: It renders audio like a three-dimensional image. This feature is very much supported by stateful saturation, which is also included now and appears on the stage as a brand new developed “VCA color” model and can be dialed in to taste.

With Density mkIII not only transients are managed in a musical and mastering grade fashion – it also renders a three-dimensional audio image, which truly supports perceived depth and dimension.

Major changes from MKII to MKIII version, at a glance:

- The handling of inter modulation distortion (IMD) has been improved and there is no HF exaggeration caused by this anymore.
- The transient response of the compressor is now more focused and consistent over the entire spectrum reducing coloration artifacts.
- Instead, a VCA color model has been implemented which can be dialed in as needed, providing a strong 2nd and 3rd order harmonic as well as frequency and load dependent higher order distortion artifacts.
- The SC filter option was optimized to better decouple the subsonic frequencies below 90Hz.
- The TIMING presets had been changed and features faster and more modern release time settings.
- P5 and P6 are introducing true program dependent release time behaviour now.
- A timing readout is displayed now for about 5 seconds when the according parameters are changing.
- The COMP mode has been changed and features soft-knee characteristics now.
- The parameter naming (as seen in host automation) is revised and the parameters are sorted now.
- The RELAX option has been changed and also allows to speed up the attack times.
- The linking algorithm has been optimized.