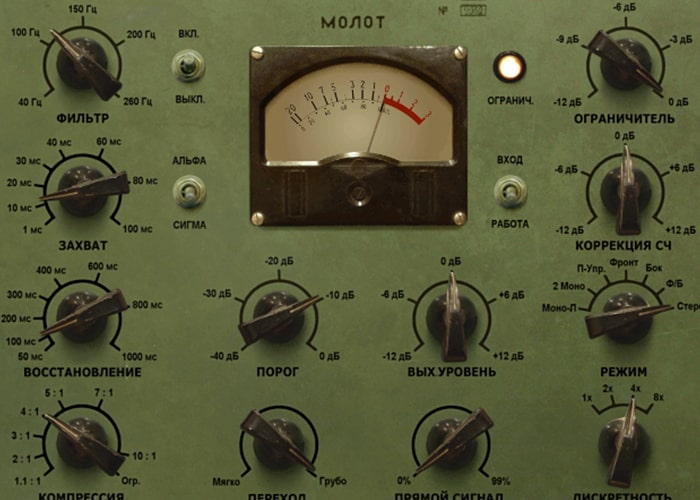 Molot compressor is generally designed for use on groups of instruments (busses) due to special optimal sounding characteristics and due to relatively high CPU load, which limits the number of compressor instances. Nonetheless the compressor can also be successfully used on separate audio tracks. Molot compressor has distinctive sound allowing its usage not only for technical purpose of dynamic range compression but also for artistic sound coloration, which happens due to usage of saturation with even harmonics, dithering that gives effect of «air» and oversampling with non-linear phase response that gives effect of «depth». All these above-listed features can optionally be switched off.

Molot compressor is not an emulation of any hardware or software compressor. But audible results can be compared to the following well-known compressors: