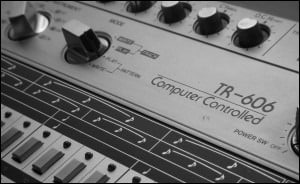 by Don Solaris
by Daniel Strongin "I built this set because i was not satisfied with existing 606 sets. They sounded not so much like the real 606 – probably too much processing & stuff. This set is exactly as it is, 100% identical original sound.

There is some difference on how 606 will sound depending how much you drive its mixing (output) stage. That’s why i included two sets in here: