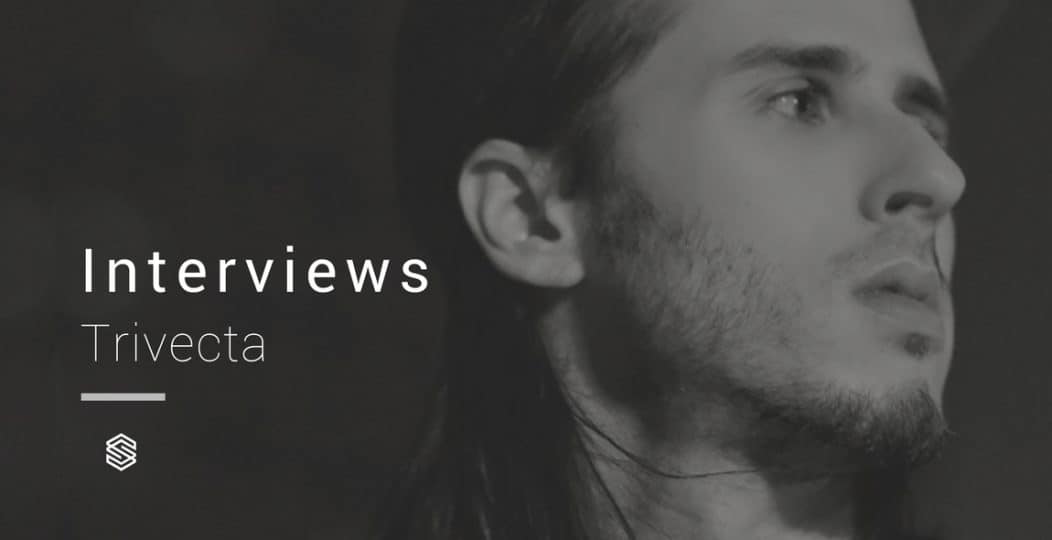 Lush melodies, jaw dropping super saw drops, dreamy vocals, and floor shaking basses are all part of Sam Dobkin's sonic creations. Sam a.k.a. Trivecta has made quite the name for himself in the dance music world. So much so that the world renowned label Monstercat has released six of his productions. Take a peek inside the mind of this musical wiz and find out the mindset and technique behind his music.

SoundShock: Who is the man behind Trivecta and how did you come up with your artist name?

My real name is Sam Dobkin. Currently I'm also a guitar teacher; I teach about 30 students a week. I love spicy food, Star Wars, and Game of Thrones. The name doesn't have much of a deeper meaning. I came up with it while bouncing ideas with Jon (Going Quantum) who is the head of music at Monstercat.

Producers of all genres love the super saw filled drops, but many struggle to get the full bodied sound that you have in your tracks. Are there any tips that you could give on how to write, layer, and mix these super saw type drops?

There are a few main tips that you'll hear all over the place. For example subtractive EQ is huge. And layering. Layer carefully; make sure the layers sound good together (using multiple different sound sources helps here). One common problem I see in a lot of more 'amateur' sounding saw drops is that the saws sound too aggressive. They're mixed too loud, or they don't have proper frequencies cleaned up. Or the layers are too similar and don't serve much of a purpose. Also always bounce to audio! And make sure your chords are actually voiced nicely in the first place.

You make great use of vocal chops in your music. Are there any specific processing techniques you use to get great sounding vocal chops and how do you go about arranging them?

My chopping usually falls under two different methods. The first is more random. I'll look for what syllables sound cool, then I'll experiment. Copy and paste things into different spots to see what comes out. Reverse things. Sometimes re-pitch. Reverb, process, etc. I like to have a separate muted track with a bunch of FX on it, which I'll name something like 'FxBouncer,' and I'll use that track to dump cool syllables into it, unmute it, bounce to a new audio track, then mute the original track again. It's cool for the workflow because whenever I'm working and hear a cool syllable, I can just stick it in that FxBouncer track and quickly render it out into something that sits differently than the main vocal does. Reverb tails and stuff like that can be used really creatively for some awesome sounds.

The second method is less trial-and-error. In this method I'll often find a syllable I like then drop it into Ableton's Sampler instrument. Then I'll use the MIDI keyboard to play that sample at different pitches. This method is much more intuitive for me melodically, but generally yields less 'surprising' results than the former. I've got a track on its way out right now that's a bit more housey. The drop in that track has actually a hybrid of both of those methods. The main phrase is a repeating syllable, chopped and processed like the first method. Then the turnaround at the end of the phrase is a little melody I made by dropping the vocal into Sampler (the second method).

Your latest track “Now you Know” has a powerful super saw drop with plenty of ear candy drum, vocal, and bass fills. How do you go about choosing these complementary sounds and how do you arrange them so they flow together with the track?

Complementary is such an important word here. It's all about finding sounds that work with one another and support each other. I work pretty visually; I like songs that take you to a certain place. And they really need to keep you in that place. One wrong sound and suddenly you're out; suddenly you've seen the zipper on the back of the costume. So lots of times when working on a song I'll have sessions where I just create sounds or organize samples that keep me in the same world as the song I'm working on. Then I've got these go-to sounds to experiment with while working on the song. From there it's a lot of trial-and-error. You've got to take breaks; it's important to come back and take notes on what works and what doesn't.

Of course this would depend on the genre you are making, but how do you go about writing your drums and choosing the samples? Any specific sample packs that have been working well for you lately?

I've organized a lot of my go-to one-shot drum hits for a while. So I usually know where to start. They come from all sorts of packs. Sometimes I'll write the drums in a Kontakt drum program (like Studio Drummer), then I'll go in and replace the hits with more powerful electronic-styled sounds. Other times I'll know exactly what type of groove I'm looking for already. Sometimes I'll write the drum part by hand-drumming on my chest while listening to the song. Then I voice memo it on my phone so I don't lose it as I start recreating it in my DAW. And sometimes I'll float around Splice listening to drum loops and it'll inspire a whole idea. If I end up using that loop, I generally replace the kick and snare because I like to have full control over those elements in my own mix. I generally end up still tweaking my drums until the song is finished. I'll solo my drum track and try to make sure it flows and grooves as well as it can.

"Complementary is such an important word here. It's all about finding sounds that work with one another and support each other. One wrong sound and suddenly you're out. Suddenly you've seen the zipper on the back of the costume." Trivecta

Where do you find inspiration? Also if you are working in the studio and get stuck. How do you get past that point?

Inspiration, for me, works a lot like averted vision in astronomy. If you look directly at a really faint star, you can't see it. But if you spend some time looking slightly away from the star, you see it start to appear out of focus. In other words, I rarely find much success when I say, "okay, time to get inspired, lets listen to some music!" Usually I find that if I keep listening to different types of music with different people in a healthy manner, the inspiration just comes without me searching for it. If I get stuck, I try to take a break and do exactly that. I recently went on a trip through Colorado with my girlfriend, and a lot of the folk music we were listening to was really inspiring. Another important thing is to also work when you're uninspired. Even just a little bit. If you keep a routine going, as long as you don't burn out, you will have momentum for when the inspiration does strike. You'll be glad you're in the groove because then you can churn out the idea quickly.

Producers struggle to get a full and clean sounding mix. The song might be great, but there seems to be a lack of power, energy, and clarity. What are a couple of ways you get the elements of your track to really feel stand out?

Create space for the elements you want the listener's ears to focus on! The ear can only really process three, maybe four elements at a time. So don't get too crowded! Get creative about how you do this. And take breaks. Also consider perspective! You only have a certain amount of room in your stereo field. Similarly an artist only has a certain amount of room on their canvas. How does the artist draw a building and make it look 100 stories high?

Producers seem to struggle a lot with the stereo imaging of their tracks. Often times, their track will be too wide, not be wide enough, or have elements all over the place which make it hard for the listener to understand. How do you decide which elements go where and make sure your elements are giving enough interest to the listener without being distracting?

Without spending too much time on this, I've gotta say that balance is key. You might notice that, if you put a stereo imager on your song, one pad looks really wide. But then you put your other instruments back and suddenly your track looks narrow again. How can you work with that and balance it properly? Listen to other songs that are 'just right' when it comes to stereo image and see what they got away with. Not everything needs to feel symmetrical. I like to always have an idea what the ear should be focusing on and make sure that this element feels fairly centralized. That can be anything from a vocal to a drum buildup to a synth lead. Then I try to make sure that sits wide (without feeling unnatural) and, if applicable, fill out remaining pockets of the stereo spectrum with complementary elements.

"Create space for the elements you want the listener's ears to focus on! The ear can only really process three, maybe four elements at a time. So don't get too crowded!" Trivecta

All your tracks seem to tell a unique story. What are some ways you go about creating a specific story and vibe and how do you arrange out these ideas into a whole song?

I try to always stay immersive. I often have an associated color palette, or even image that goes with the song while I'm working on it. Whenever I listen to a WIP and I hear a jarring sound, or something that feels off, I'll put it in my notes and figure out what to do about it. Correcting the problem gets easier the more tracks you finish. As far as storytelling, I try to make sure I usually have some sort of an 'oh shit!' moment in the song, or a maybe a part where everything comes together in a clever manner. I love the show Curb Your Enthusiasm because Larry David always manages to find a brilliant way of planting seeds throughout the plot that eventually interact and turn into something so satisfying. I like to do that with my songs. Sometimes the only thing better than giving the listener what they want is giving the listener what they didn't even know they wanted.

What’s next for Trivecta? Any upcoming releases or shows we should look out for?

So much. I'd say 2017 is shaping up to be a 'next-phase', or a 'liftoff' type year. Live shows, much more material than last year, more visuals, an EP, and some more special things that will ultimately make this all into a much bigger experience than ever before. Plus I'm on Snapchat now.